Prince vs Michael Jackson: who was the best pop singer and influential artist? 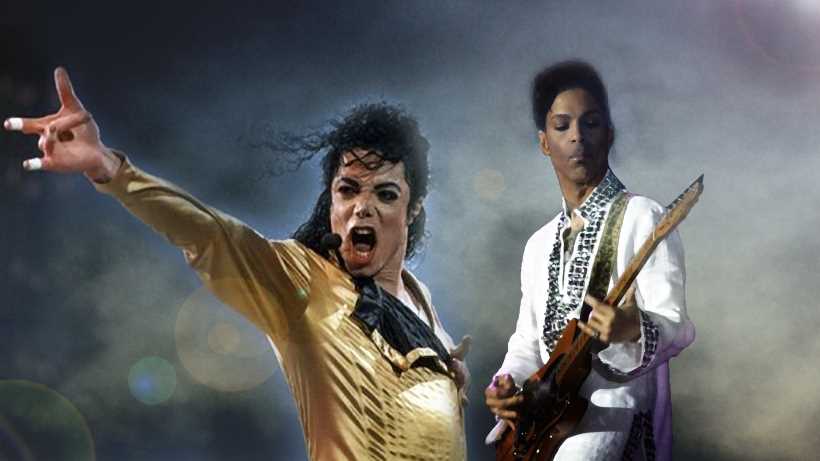 Source: Composite by G_marius based on Francesco's and penner's images

The untimely deaths of Prince and Michael Jackson saddened music lovers. Pop music wouldn't be the same without them, as their rivalry helped to shape the genre. But who was the best pop singer and overall the most influential artist?

Another idol has just passed away. The hugely popular singer Prince died at the age of 57, on 21 April 2016, less than seven years after that of Michael Jackson, the other great icon of American pop music. During his last performances, Prince, sang "Heroes" in tribute to David Bowie, another of the great music idols who also passed away recently. On netivist we are discussing some of the most important rivalries in the recent history of music, such the ultimate british rock band, the best grunge band, and the new queens of pop. Now we shift our attention to the rivalry between two of the greatest solo artists in history: Prince and Michael Jackson.

Geniuses, yes. But which one had the edge? Prince Roger Nelson and Michael Joseph Jackson were both born in the US in 1958. These two pop music legends were the protagonists in the most important music rivalry of the 1980s. They sold millions of albums and influenced hundreds of artists. Both drew upon US black music to create their own musical formula, mixing up funk, rhythm and blues, disco or rock-n-roll with plain pop music.

Prince was the pope of funk pop, his performances inevitably provoke and thrill the crowds. His intriguing attitude, excentricities and innovative character turned him into a sort of mystical pop legend. At one point he changed his name into an unpronounceable symbol

, and people had to refer to him as the "artist formerly known as Prince". But overall, Prince is one of the few megastars who managed to keep his private life secret. Prince's memoir is expected to be published in 2017. We will probably find out more about his two marriages, friendships, and personal relations with other celebrities. Prince was above all a composer, singer, performer and a virtuoso musician. Prince was a genius from a young age, aparently he wrote his first song when he was seven. He played all 27 instruments on the recording of his first album "For You" album.  Prince lyrics ranged from politics to sex. Likewise this music pioneer combined many different styles.  We owe Prince memorable songs such as “Purple Rain”, “Kiss” and "Cream".

Michael Jackson, is one of those artists that the world will never forget. He was an infant prodigy who later evolved into the “king of pop”. Many of his songs, such as “Billy Jean”, “Thriller” and "Bad" are now part of the collective memory. Michael Jackson’s incredible talent for dancing and singing was undisputed and his album "Thriller" is the all-time best selling album. Michael Jackson help redefine the sound and style of the 1970s and 1980s and is considered one of the most influencial musicians of the twentieth century. His fans were trully passionate about his music and remained loyal to him despite some of the controversies surrounding Jackson's private life such as the cosmetic surgeries, skin treatments, and the accusations of paedophilia. His death on 25 June 2009 saddened the entire world.

These are Prince's 10 biggest Billboard hits:

According to the permanence on the Billboard charts these are Jacko's biggest hits:

Despite their untimely death, Prince and Michael Jackson will stay with us forever. Their music will continue to influence the generations to come. We want to find out who has left the biggest imprint and would like their fans to tell us why (leave your comments below).

Check out these excellent videos of Prince and Michael Jackson

Who was the best pop singer and influencial artist: Prince or Michael Jackson?  Vote, tell us why, and share this debate with other fans and people interested. Let's mesure who of the two has left the biggest imprint.


Prince vs Michael Jackson: who was the best pop singer and influential artist?