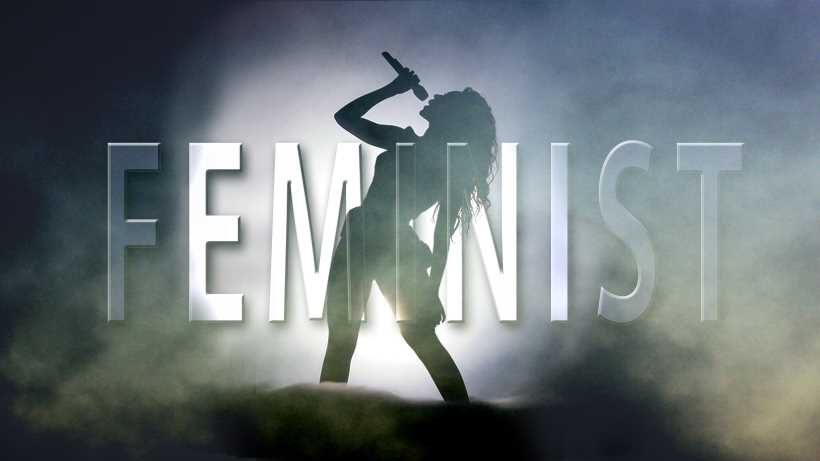 Source: Composite by G_marius based on a José Goulão's image

Beyoncé is a strong advocate of women's causes. But her sexualized image and performances seem to contradict her status as a feminist role model.

Beyoncé has been topping the charts over the last decade and has been often described as the Queen of modern pop. She’s been hailed for her live performances, strong lyrics and creative videos but she also makes headlines for her personal life as one half of the most powerful couple in showbiz due to her marriage to Jay Z. Over the last couple of years, however, Beyoncé has been at the centre of another debate, on her status as a feminist role model. Having often publicly discussed gender issues, the singer identifies herself as a feminist. Her frequent public support for women’s causes, however, has not been seen favourably by all feminists.

On the one hand, Beyoncé’s success in itself could be enough to make feminists cheer. She’s a black female artist with a record-breaking career and a multi-million dollar empire. At the same time, she is vocal about gender inequalities and encourages young women to have ambition and confidence. She often includes these ideas in her work and performances. Her performance at the 2014 MTV Video Music Awards included a feminist manifesto as well as the sign ‘FEMINIST’ blazing behind her silhouette. Her track "***Flawless" from her album “Beyonce” uses a snippet from a 2013 TEDx talk given by Nigerian writer Chimamanda Ngozi Adichie called "We Should All Be Feminists."

On the other hand, Beyoncé’s overly sexualized image in her performances, videos and photo shoots has been criticised by a number of feminists for contradicting the singer’s public declarations as a feminist. Beyoncé has been accused of performing for the male gaze and objectifying herself in the exact way feminists have fought against for decades, while presenting it as an empowering choice. Her critics also tend to point out the sexist nature of songs such as ‘All the single ladies’, or the name of her latest world tour, ‘Mrs Carter’. As such, Beyoncé’s version of feminism, critics argue, represents a misunderstood and misguided version of the concept.

Where do you place yourself in this debate? Do you think Beyoncé is a modern feminist role model? Or do you find the feminism she represents irrelevant and perhaps another celebrity fad?

Beyoncé: feminist role model? Vote and tell us why you admire her and her support for feminism.
Links:
Is gallantry sexist?  Does the Bechdel test matter?  Katy Perry vs Lady Gaga  50 Shades of Grey: abusive relationship?