Best rock band: The Beatles or The Rolling Stones? 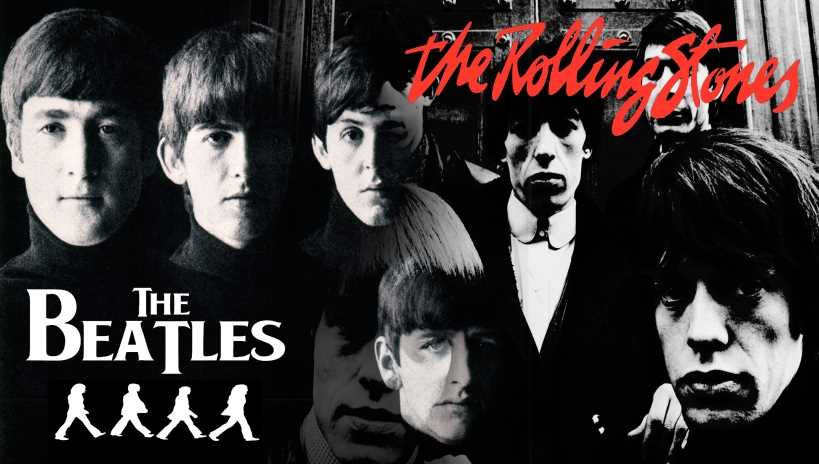 The Beatles and The Rolling Stones are the most famous British bands in history. Which is the best rock band ever? Which are your favorite songs?

After discussing the queens of pop, the best grunge band or whether country music needs to evolve, now it is time to turn our attention to British pop-rock.

The Beatles was formed in Liverpool in 1960 by George Harrison, John Lennon, Paul McCartney, and Ringo Starr. Their success story started in 1962 with their first hit "Love Me Do" and they soon became a global phenomenon. The “Beatlemania” had started and fans all over the world manifested with extreme enthusiasm (sometimes frenzy) their adoration of the Liverpool boys. The Beatles shook the foundations of music in just a few years. Despite splitting in 1970, they are still widely regarded as the greatest and most influential musicians of their era. Unfortunately, only two of the “Fab Four” are still alive today. McCartney and Starr remain musically active. Lennon was shot dead in 1980 and Harrison died of cancer in 2001. The Beatles are not only the best-selling music artists in the USA, with 178 million certified units (according to the RIAA) but the all time worldwide best-selling band, with estimated sales of over 600 million units. They also hold records for the most #1 songs in the charts both in the USA and in the UK (and many other countries). "Ticket to Ride", "I Want to Hold Your Hand", "Penny Lane", "Strawberry Fields Forever", "A Day in the Life", and  "Twist and Shout" are some of the many unforgettable Beatles' songs.

Formed in London, also in 1962, The Rolling Stones is one of the oldest active bands in the world. Brian Jones, Mick Jagger , Keith Richards, Bill Wyman, Charlie Watts, and Ian Stewart were the original members of the band, however the latter was removed from the official line-up in 1963. There have been changes in the band members over the last half century. Mick Jagger, Keith Richards, Charlie Watts, and Ronnie Wood are today's Rolling Stones. The band has released twenty nine studio albums, eighteen live albums, and The Rolling Stones' estimated sales top 200 million worldwide. They have 43 Top singles including eight #1 songs. Eight consecutive #1 albums. The Rolling Stones' "Bigger Bang" Tour (2005-2007) was the highest grossing music tour in history, filling stadiums across the world. The Stones keep on thrilling us with some of their most iconic songs such as: "Gimme Shelter", "Rocks Off", "Bitch", "Sympathy for the Devil", "Jumpin' Jack Flash" and "Loving Cup".

It is probably a difficult choice but which of the two British bands do you prefer the Beatles or the Stones?

Best rock band: The Beatles or The Rolling Stones? Vote and tell us more about your favourite songs and why they are so special.


Best rock band: The Beatles or The Rolling Stones?