Does Lagercrantz’s Millennium novel live up to the original Larsson’s trilogy? 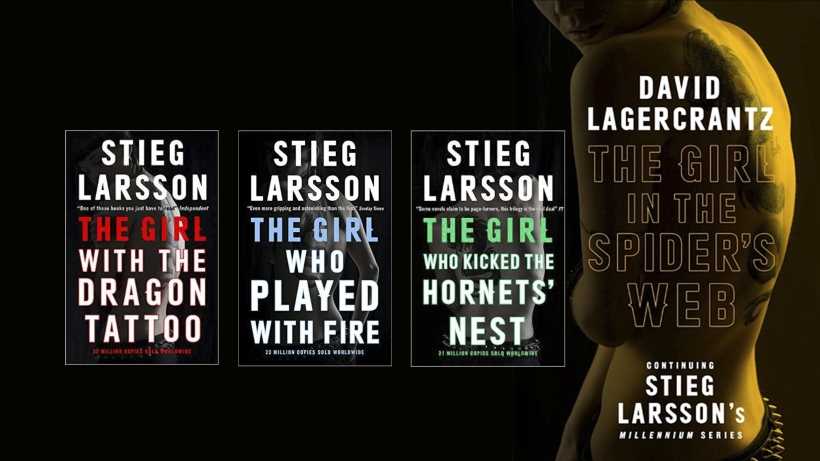 A fourth book of the Millenium series written by David Lagencratz was published on August 2015. Does it live up to the original trilogy by Stieg Larsson?

Amid great expectation and  more than ten 10 years after the death of Stieg Larsson, a new addition to the Millenium series  was published on 27 August 2015 in Swedish (the English version announced for 1st September). The Girl in the Spider’s Web has been written by the Swedish writer David Lagercrantz. Do you think this new novel live up to the original trilogy created by Stieg Larsson?

Larsson’s Millennium is a series of best-selling and award-winning Swedish crime novels. The two primary characters in the saga are Lisbeth Salander, a punk computer hacker in her twenties with poor social skills, and Mikael Blomkvist, a journalist and publisher of a magazine called Millennium. The original trilogy sold over 80 million copies worldwide and has been adapted into several films.

Larsson, now considered one of the best Scandinavian crime writers,  planned the series as having ten installments, but due to his sudden death in November 2004, only three were completed by the time he died and published post-mortem. The first,The Girl with the Dragon Tattoo (Män som hatar kvinnor, literally, Men Who Hate Women) was published in 2005, the second, The Girl Who Played with Fire (Flickan som lekte med elden, literally, The Girl Who Played with Fire), in 2006 and the third,The Girl Who Kicked the Hornets' Nest (Luftslottet som sprängdes, literally, The Air Castle that was Blown Up) in 2007.

Larsson wrote an incomplete manuscript of another novel in the series before his death and it is believed that outlines or manuscripts for a fifth and sixth book also possibly exist. His partner, Eva Gabrielsson, is in possession of the notebook computer with the manuscript, but does not own the rights to Larsson's work. Gabrielsson and Larsson never married and although he left a will, it was not witnessed and is considered invalid according to Swedish law. Larsson’s family have his succession rights.

The Girl in the Spider’s Web

In December 2013, the Swedish publisher Norstedts announced that a fourth Millennium novel would be written by Lagercrantz, until then best known as the author of the Swedish footballer Zlatan Ibrahimović biography. Although Lagercrantz wrote the book with the blessing of Larsson’s family, Gabrielsson soon publicly criticized the project and did not allow the author to use Larsson’s unpublished material still in her possession. The English title is The Girl in the Spider’s Web, but it has been Swedish title is Det som inte dödar oss, literally translated "That Which Does Not Kill Us".

Extreme caution similar to a Harry Potter book was taken to make sure details of the new novel did not leak before its publication. Lagercrantz wrote the book on a computer with  no internet connection and personally handed his manuscripts to his publisher. No early review copies given out. Before the publication, there was only one early review by Upsala Nya Tidning characterizing The Girl in the Spider's Web as "standard crime" portraying more human, less exaggerated and cartoonist versions of Blomkvist and Salander.


Does Lagercrantz’s Millennium novel live up to the original Larsson’s trilogy?