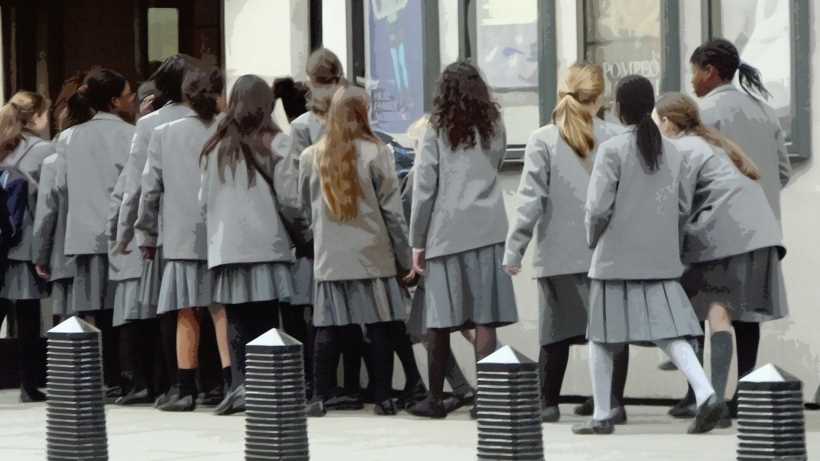 The debate on mandatory school uniforms is open. In some countries, such as the UK and Japan, uniforms are a requirement in most schools. In other parts of the world uniforms are restricted to private education. Do you think the pros of using uniforms in class outweigh its cons? Is wearing a uniform good or bad for students? Tell us why and vote!

A school uniform is a set of standardized clothes worn in an educational institution. Uniforms are used in both primary and secondary schools and, although traditionally more common in private schools, a uniform policy is being increasingly adopted in public schools in various countries. However, not everyone finds them convenient or desirable, and children and parents have their own views. Problems of inclusion and gender have brought public attention back to the issue of school uniforms.

As with many issues related to parenting, children and education, the decision as to whether implement school uniform policy or not is usually a controversial one. In Britain and a number of Asian countries, kids have to wear approved school uniforms in both public and private education. In fact, Britain stands out as the only country in modern Europe with a nationwide school uniform policy, although some independent schools and state schools do not have a uniform policy. In the United States there is an increasing trend for the adoption of uniforms in schools. In 1996, only 3% of public schools in the country required students to wear them. By 2000 this figure had risen to 12%, and in 2010, 19% of American schools had adopted the mandatory uniform policy. But what are the reasons for this trend? Why do most European countries remain reluctant to introduce of uniforms in their schools?

In order to answer this question, it's necessary to have a look at the pros and cons of school uniforms.

The rationale for uniform is to create a level playing field. Uniforms can be regarded as promoting social equality among students and suppressing or at least reducing bullying related to clothes among students. Uniforms are also regarded as promoting school-pride; they lower the costs for parents paying for clothing and according to many schools, they provide a more orderly environment which allows students to focus better on their work and achieve higher academic standards. Uniforms are also thought to contribute positively to the development of the sense of discipline.

The practice however has also been criticized for promoting a form of uniformity characteristic of militarism. Uniforms suppress the right of children and young people to express themselves through clothes. Also, even if uniforms aim to promote equality, children from more affluent families may still find ways to show off their more expensive and trendy garments. Finally, uniform policies are difficult to enforce in public schools and the assertion that a uniform policy helps to set high academic standards is difficult to prove, especially when some of the highest-achieving countries have no uniform. For example, Finland’s schools top international league tables and don’t have a school uniform policy. Uniforms are also seen to contribute to the gender divide and may create problems to transgender students.

Do you think school uniforms have any impact on children's development and socialization? Do you think students should wear uniforms? Are they good or bad? Would you like if children or parents could choose to use uniform or not?