What type of food do you prefer: fish or meat? 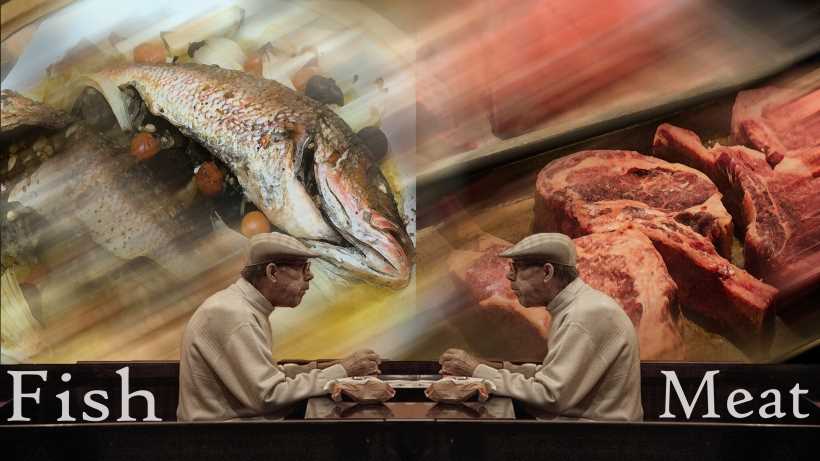 Source: Composite by G_marius based on a Raul Lieberwirth's image

Find out more about the countries which eat the most meat and fish in the world. Join our debate and poll: fish or meat, which is the best food?

Humans are omnivorous and have historically eaten animals and used both fish and meat as source of proteins and other nutrients. Geographical location and availability of resources have had an impact in the type of food humans could eat. Culture and tradition has also impacted the pattern of consumption of food across countries. Even religions have shaped the type of products humans should or not eat. Today, a large part of the world population has access now to both fish and meat. At the same time, increasing consumption of animals puts pressure on our planet's resources. We have learnt how to obtain proteins and fat from other products without the need of killing animals. However, most humans still prefer to eat meat and fish.

Tuna, Salmon, Mackerel, Cod, Hadock, Monkfish, Anchovies, Octopus, Shrimps, Lobster, Trouts, Sea Bass, etc. There are dozens of different fishes with different taste and texture. Fish can also be prepared and eaten in countless forms, and it's widely considered as an important part of a healthy diet, since it contains beneficial fats and high-quality protein, especially the essential fatty acids like the omega-3 found in cold-water fish. Fish can be part of very sophisticated recipes but also be cooked in very simple ways. Just put a nice sea bass or some sardines in the oven for a few minutes and they are ready to be eaten. However, it's not always easy to eat, because of the fishbones that can even be dangerous in some cases. Another issue is that many big fishes may contain high levels of mercury and other toxins.

Meat has been a strategic part of man's alimentation since the origins. We also eat many different types of meats, such as lamb, chicken, duck, pork, beef, rabbit, turkey, and venison. Moreover different parts and organs of the animals serve to cook a diverse dishes. For instance, in a cow you can eat the ribs, sirloin, chuck, briscket and round. We eat meat in hamburgers, meatballs, sausages, pizzas and steaks. Studies showed that humans developped bigger brains thank to meat consumption. Eating meat is also a good source of zinc or iron and B vitamins, but too many red meat can increase some health risks, like bowel cancer or having too much cholesterol. In addition, eating meat has an impact on environment and is considered unethical by some animals defenders.

Here the list with the top meat eating countries in the world:

These are the countries which consume the most fish per capita annually:

Are you surprised with the per capita average annual consumption of fish and meat in the countries above? What do you prefer fish or meat? Are you an exception to the general pattern of consumption in your country?

Fish vs meat: which of the two do you prefer to eat?  Vote and tell us why you tend to choose one over the other.


What type of food do you prefer: fish or meat?