Best vacation spots: Ibiza vs Mykonos - Top 10 things to do in these islands 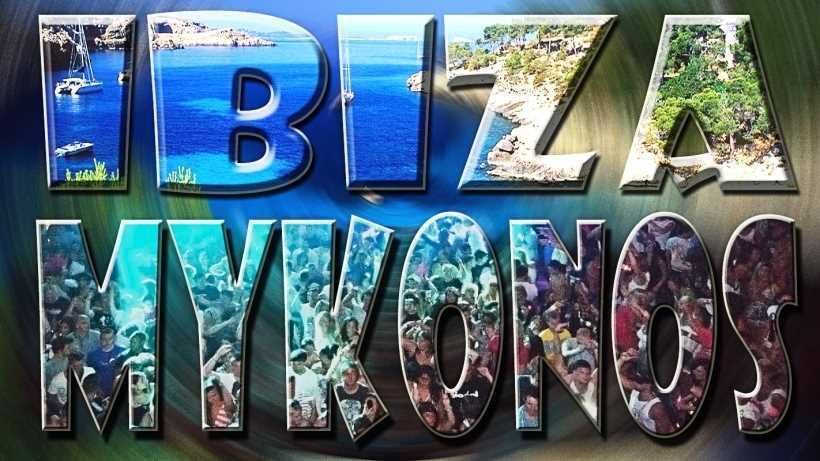 Ibiza and Mykonos are considered among the best vacation spots in the world. We discuss the top 10 things to do in these two beautiful islands famous for their nightlife.

Famous for their club scenes, legendary nightlife and endless parties, Ibiza and Mykonos are among the best vacation spots in the world. Both in the Mediterranean Sea, they yearly attract large numbers of tourists and are in competition over the crown for the best summer party destination. Celebrities, yatches, super-fashion clubs, paradisiac beaches: both have many attractions but let's decide which is the better destination.

Ibiza, part of the Balearic Islands in Spain, is home to some of the most famous clubs, in the world, such as Pacha, Amnesia and Privilege, and regularly hosts globally renowned DJs. With a clubbing history dating back to the end of the 1970s, Ibiza is considered to be one of the cradles where house music was born and developed. The clubbing scene remains equally alive today, with millions of tourists visiting the island every year to enjoy its parties, music festivals and nightlife. This summer you may spot in Ibiza celebrities such as Shakira, Cristiano Ronaldo, Justin Bieber, Johnny Depp and Leonardo DiCaprio.

Much smaller in size, Mykonos is one of the most famous tourist destinations in Greece. It combines the typical architecture of the picturesque white houses, characteristic of the Cyclades Islands, with a relentless nightlife and dusk-to-dawn parties at its open-air clubs. A favourite of celebrities and international jet-setters since the 1960s – including Jackie Kennedy and Grace Kelly -  Mykonos has also been particularly popular among the global gay community. Most recently celebrities such as Paris Hilton, Mariah Carey, Gerard Butler or Ariana Grande have spent their summer vacations in the Greek island.

Top 10 things to do in Ibiza

This is a list with some of the best things to do in Ibiza during holidays:

Top 10 things to do in Mykonos

Some ideas on how to best spend your time in Mykonos:

Which of the two summer destinations is your favourite? Do Ibiza clubs retain its old allure? Or are the beaches of Mykonos a better place to party?

When thinking of world top vacation spots, do you prefer Ibiza or Mykonos? Vote and tell us more about your experiences (and crazy nights) in these beautiful islands.
Links:
Paris or London, which city is more exciting?  Which city would you prefer for a romantic getaway: Paris or Venice?  Best Spanish archipelago for holidays: Canary or Balearic Islands?


Best vacation spots: Ibiza vs Mykonos - Top 10 things to do in these islands